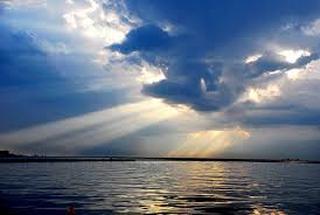 I have often heard that Judaism sees women as more spiritual than men. This is supposed to explain why men have more religious obligations than women--men need these things to become closer to G‑d, women are there already. But do we really believe that? Is it not just a patronizing way to avoid the issue of the different gender roles in Judaism?

I remember as a child being told that men and women are equal. I had a big problem with it. I asked, "If men and woman are equal, why do men and women never compete with each other in sports? You never see a man playing against a woman in tennis, or women's soccer teams facing men's, or a mixed-gender 100-meter sprint. If we are all equal, why can't we compete together?"

The answer I received was unsatisfying: "Men are on average stronger physically than women. It would not be fair for them to compete against each other in sports which require bodily strength, because men would always win. But in every other way, men and women are equal."

This bothered me for years. Until I discovered Judaism's attitude to women.

Women are more soulful than men. While men may excel in physical prowess, women are far ahead when it comes to spiritual strength. Women are more sensitive to matters of the soul, more receptive to ideas of faith, more drawn to the divine than men. The feminine soul has an openness to the abstract and a grasp of the intangible that a male soul can only yearn for. This is why G‑d told Abraham, the first Jewish man, "Whatever Sarah your wife tells you, listen to her voice." She was the greater prophet, her soul more intuitive than his.

Of course there are exceptions. Some women could beat any guy in an arm wrestle. And some men are more spiritually attuned than the women around them. But for the most part, men have bigger muscles, women have deeper feelings.

The Torah gives men more physical mitzvahs to tame the body and give the soul extra power. Women don't need this help, because although men can jump higher in the air, women can reach higher into the heavens.