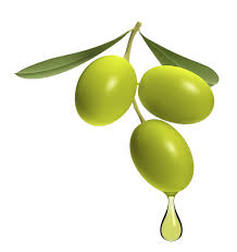 The Oil of the Soul
Look to the Tabernacle for a model of spiritual living, say the Kabbalists. In studying its structure and its furnishings, you can learn a lot about the structure and “furniture” of your own life.

Let’s explore the menorah, the seven-branched candelabra that illuminated the Tabernacle. TheTalmud says that the glow of the menorah extended even outside the Sanctuary; in fact, it was meant to light up the entire world. In the human Tabernacle, the menorah is every individual’s inner radiance, the light of the soul, which when generated radiates out to the world. Cultivating our inner light is the work of a lifetime, and the process is described in G‑d’s instructions for lighting the menorah.

One of the keys to decoding the Torah’s secrets is being sensitive to unusual grammar or inconsistencies in language style. Whenever the Torah veers from its usual language structure, it is encouraging us to probe deeper into the verse. The more unusual the wording, the more secrets will explode.

When G‑d begins the instruction for the menorah, He says to Moses:

“You shall command the children of Israel, and they shall take to you pure olive oil, crushed for the luminary, to kindle the lamps . . .” (Exodus 27:20)

Seems simple enough. But when scrutinized, this simple dialogue speaks many secrets.

These two unusual features are like red flags that wave at us and entice us to probe deeper.

“Crushed for the luminary.”

The luminary represents the very depths of the soul, its essential source of light, the fountainhead from where all its powers and talents emanate. Much like adrenaline, this potent and essential source of light is reserved for moments of great necessity; we don’t usually have access to it. But “crushed for the luminary”: when we’re pressed and challenged, the soul’s essence comes to the fore, and we gain extraordinary power.

This is how Jews throughout history were able to remain committed to the Torah despite the tremendous danger that this commitment entailed. For example, despite Haman’s threat to annihilate the entire Jewish nation, the Jews didn’t renounce their Jewish identity—they didn’t even attempt to hide it. Instead, they publicly rallied together in prayer and Torah study. Another example is the many who braved the Communist regime, who held onto their Jewish identity despite the mortal risk.

G‑d asked for olive oil that was “crushed for the luminary”; He issues crushing challenges because they are opportunities for endurance and growth, light that illuminates the environment.

But there is another ingredient necessary in order to channel the pain that comes from being crushed, and turn it into productive energy.

“You shall command the children of Israel.”

The word tetzaveh, “command,” has another meaning: to connect. Translated this way, the verse would read: “You (Moses) shall connect the children of Israel (to G‑d), and they will take to you olive oil. ” Moses’ job is to bring people closer to G‑d.

Moses, explains the Kabbalah, is an expert at cultivating and nurturing faith in G‑d. It’s not that we wouldn’t have faith without him; of course we would—it’s part of the fabric of our souls. It’s that our faith has a tendency to remain abstract and not impact our day-to-day living. Moses’ work is all about bringing that faith down, making it conscious and impactful.

And it is specifically when talking of the oil for the menorah that G‑d points a finger at Moses and says, “You connect”: your role is vital in attaching the consciousness of the people to their Creator. Because the more tangible our belief in G‑d, the more we channel challenge into an opportunity for self-actualization.

This is the job of a Jewish leader: to inspire us to translate discomfort into change, to transform extraordinary difficulties into an extraordinary response.

Or, put in other words, Moses’ task of nurturing his flock’s faith expresses itself in its fullest at those times when we are “crushed.” For it is then that the essential faith that is nurtured by Moses kicks into highest gear and activates incredible luminescent displays of commitment to G‑d.

And every generation features its own faith-nurturing Moses. When the Jews learned of Haman’s genocidal plan, it was Mordechai—the Moses of that generation—who inspired them to have faith and to connect to G‑d with more intensity than ever before. Under his guidance, they utilized the challenge to tap into a resource of strength that was not available to them under normal conditions.

If we’d reread G‑d’s instructions to Moses through the lens of Kabbalistic interpretation, it would read something like this:

The Jewish leader takes an active role in nurturing the faith of his followers; and then, when they are crushed and challenged, they will tap into their luminary and access more light and power than they ever knew themselves to have.
Sometimes a Jewish leader, a Moses, has the good fortune to live in an era of freedom and prosperity; no one is being “crushed.” How, then, can he facilitate the type of growth that comes from challenges, the oil that comes from the crushed olive?

Here the Moses has an incredible opportunity. He must inspire his followers to self-generate a challenge.

No external force may be making you uncomfortable—not the Persians, the Greeks or the Communists. But are youcomfortable? Are you satisfied with yourself, with the status quo, with life in exile?

This Moses entices us with the vision of a better life, a more G‑d-oriented life, until we feel utterly dissatisfied—even utterly crushed—by the status quo.

And then the oil starts to flow, but this oil is the most precious, the most potent oil of all.