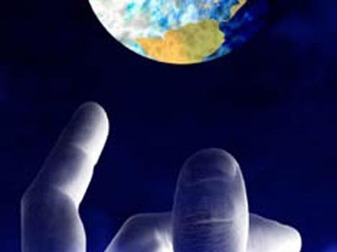 The World a Home
Why are we here?

This, the mother of all questions, is addressed in turn by the various streams of Torah thought, each after its own style.

The Talmud states, simply and succinctly, "I was created to serve my Creator." The moralistic-oriented works of Mussar describe the purpose of life as the refinement of one's character traits. The Zohar says that G-d created us "in order that His creations should know Him." Master Kabbalist Rabbi Isaac Luriaoffered the following reason for creation: G-d is the essence of good, and the nature of good is to bestow goodness. But goodness cannot be bestowed when there is no one to receive it. To this end, G-d created our world -- so that there should be recipients of His goodness.

Chassidic teaching explains that these reasons, as well as the reasons given by other kabbalistic and philosophical works, are but the various faces of a singular divine desire for creation, as expressed in the various "worlds" or realms of G-d's creation. Chassidism also offers its own formulation of this divine desire: that we "Make a home for G-d in the material world."

A Home For G-d

What does it mean to make our world a home for G-d?

A basic tenet of our faith is that "the entire world is filled with His presence" and "there is no place void of Him." So it's not that we have to bring G-d into the material world -- He is already there. But G-d can be in the world without being at home in it.

The material world, in its natural state, is not an environment hospitable to G-d. If there is one common feature to all things material, it is their intrinsic egocentrism, their placement of the self as the foundation and purpose of existence. With every iota of its mass, the stone proclaims: "I am." In the tree and in the animal, the preservation and propagation of the self is the focus of every instinct and the aim of every achievement. And who more than the human being has elevated ambition to an art and self-advancement to an all-consuming ideal?

The only thing wrong with all this selfishness is that it blurs the truth of what lies behind it: the truth that creation is not an end in itself, but a product of and vehicle for its Creator. And this selfishness is not an incidental or secondary characteristic of our world, but its most basic feature. So to make our world a "home" for G-d we must transform its very nature. We must recast the very foundations of its identity from a self-oriented entity into something that exists for a purpose that is greater than itself.

Every time we take a material object or resource and enlist it in the service of G-d, we are effecting such a transformation. When we take a piece of leather and make a pair of tefillin out of it, when we take a dollar bill and give it to charity, when we employ our minds to study a chapter of Torah -- we are effecting such a transformation. In its initial state, the piece of leather proclaimed, "I exist"; now it says, "I exist to serve my Creator." A dollar in pocket says, "Greed is good"; in the charity box it says, "The purpose of life is not to receive, but to give." The human brain says, "Enrich thyself"; the brain studying Torah says, "Know thy G-d."

The Frontier of Self

There are two basic steps to the endeavor of making our world a home for G-d. The first step involves priming the material resource as a "vessel for G-dliness": shaping the leather into tefillin, donating the money to charity, scheduling time for Torah study. The second step is the actual employment of these "vessels" to serve the divine will: binding the tefillin on the arm and head, using the donated money to feed the hungry, studying Torah, etc.

At first glance, it would seem that the second step is the more significant one, while the first step is merely an enabler of the second, a means to its end. But the Torah's account of the first home for G-d built in our world places the greater emphasis on the construction of the "home," rather than its actual employment as a divine dwelling.

All in all, thirteen chapters are devoted to describing how certain physical materials were fashioned into an edifice dedicated to the service of G-d and the training of the Kohanim (priests) who were to officiate there. (In contrast, the Torah devotes one chapter to its account of the creation of the universe, three chapters to its description of the revelation at Mount Sinai, and eleven chapters to the story of the Exodus).

The Sanctuary is the model and prototype for all subsequent homes for G-d constructed on physical earth. So the overwhelming emphasis on its "construction" stage (as opposed to the "implementation" stage) implies that in our lives, too, there is something very special about forging our personal resources into things that have the potential to serve G-d. Making ourselves "vessels" for G-dliness is, in a certain sense, a greater feat than actually bringing G-dliness into our lives.

For this is where the true point of transformation lies -- the transformation from a self-oriented object to a thing committed to something greater than itself. If G-d had merely desired a hospitable environment, He need not have bothered with a material world; a spiritual world could just as easily have been enlisted to serve Him. What G-d desired was the transformation itself: the challenge and achievement of selfhood transcended and materiality redefined. This transformation and redefinition occurs in the first stage, when something material is forged into an instrument of the divine. The second stage is only a matter of actualizing an already established potential, of putting a thing to its now natural use.