Who Needs Religion, If It's the Cause of So Much Violence? 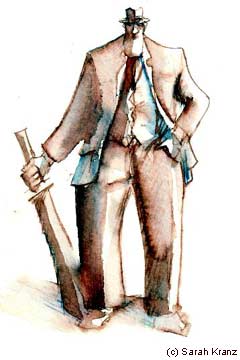 I am Jewish, but cannot embrace Judaism as a religion. Religion is the cause of all wars, and I believe we would be closer to world peace without it. Wouldn't the world be better off if it weren't for religion?

Rejecting Judaism because you believe in world peace is like refusing to enter a Japanese restaurant because you like sushi. It just doesn't make sense.

War comes naturally to people. It existed long before any religion. Peace did not. Peace is not natural to the human condition. It had to be taught and learned. And it was a religious idea.

The first and most powerful vision of world peace was presented to mankind by the prophets of ancient Israel. They predicted a time when "one nation will not lift a sword against another nation, and they will no longer learn to wage war." In a world that saw war as an inevitable fact of life, the Jewish religion introduced a radical new concept: that war is ultimately undesirable and peace is the ideal state for which to strive.

Without religion we would find other things to fight about, like parking spots and noise from the neighbors. But without religion, world peace would not have entered the human vocabulary. Whether you are aware if it or not, your dream of world peace is biblically inspired. Ideals do not live in bubbles. Like people, they need parents to give birth to them and a home environment to sustain them. Peace without religion is homeless. It was Judaism that gave birth to the vision of world peace and still provides a framework to implement that vision.

True, religion has been used by some as a pretext for war. But this does not invalidate all religion, just as when football players brawl it does not invalidate the game of football. Ridding the world of all religion would not end war any more than abolishing football would brawls. In fact, religion still provides the strongest argument for peace between people: that we were all created by the same G-d. Without this belief, is there anything that really unites us all?